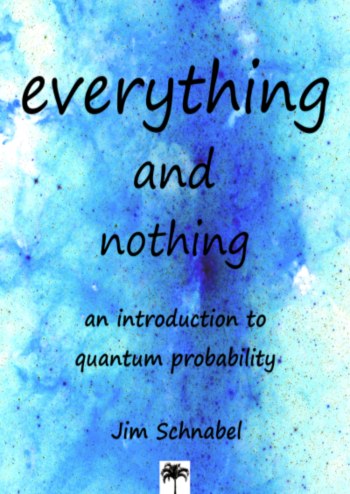 Everything and Nothing, my new e-book, is a quick, math-free survey of quantum mechanics and its central conundrums.

It’s an easy way in to the basics of quantum theory, the history and the current debates. Anyone who’s had high-school physics should find it accessible.

♦ Heisenberg and his Uncertainty Principle

♦ Einstein’s rebellion against the Copenhagen Interpretation

♦ the original purpose of the “Schrödinger’s cat” thought-experiment

♦ the deep problems of the Copenhagen Interpretation

♦ the rise of Hugh Everett’s Relative-State (“Many Worlds”) Interpretation

♦ existential and moral implications of the Many Worlds Interpretation